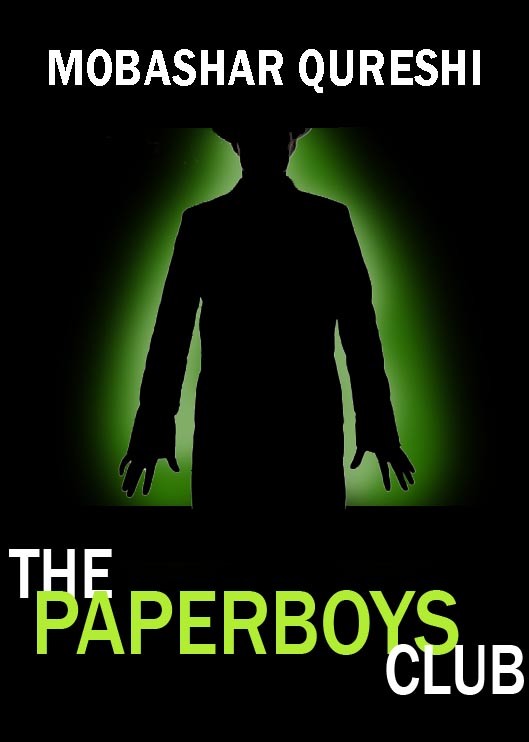 One man in a mental institute with all three gifts and the ability to solve the case.

Detective Samantha ‘Sam’ Banter is assigned a cold case involving the murder of a seven-year-old boy.  With the help of her partner, Detective Fred Bashir, Sam must solve the case before her rival Detective Glen Henkson solve his case.  The outcome will lead to the appointment of the new police sergeant.

Sam’s daughter, Maryann, is quiet and withdrawn. She befriends Thomas and Christopher, who, like her, have a secret—gifts that are a result of traumatic episodes in their pasts.

Clarence Hynes has been locked up in the mental institute for a crime he committed two year ago.  But was the crime wrong or justified? Clarence is burdened with all three gifts, and with something far worse.

Can Sam solve her case before her rival?  Will Maryann, Thomas, and Chrisopher share their secret?  Does Clarence get out of the mental institute?

The Paperboys Club is a supernatural thriller with twists and turns that lead to a shocking conclusion.

The Victorian-style house was old, with a triangular roof.  The white paint on the front had become weather beaten and long ago faded.  The stair boards creaked, the doors squeaked, the pipes shook, and none of the rooms were equally warm during the winter.

Detective Samantha ‘Sam’ Banter was familiar with such a house.  She grew up in one and couldn’t say that she missed it.

Sitting in her Nissan Maxima, she saw the old house across the street was having work done.  The makeshift scaffolding, two-by-fours, cut-up sheet boards, and a dumpster on the lawn were clearly visible.

Sam took a sip from her thermos, let the hot liquid sit in her mouth, then allowed it to slide down her throat.  She loved her drinks hot.  She would buy coffee or tea and ask the server to reheat it.

This annoyed her partner.

Detective Frederick Bashir sat in a Buick Lacrosse adjacent to the house. He was sipping something of his own.

Her cell phone vibrated and she knew who it was.

“One day you will lose all feeling in your tongue,” Bashir replied.

“Who says I haven’t yet.  And how is your coffee?”

“There should be a law against that.”

“You think he’s in there?” Bashir said.

Night had fallen and except for the porch light the house was dark.

Franko Delacroix was a violent offender.  He had been charged with assault and armed robbery on gas stations and convenience stores.  One attendant was so badly beaten, his jaw was now held up with metal wires.  The attendant had returned from Afghanistan and was an amputee.  Franko beat him with his own prosthetic leg.

Sam said, “The sergeant thinks he is.”

“They could have sent uniforms.”

“He’d bail if he saw a squad car in front of his mother’s house.”

Franko was on the run and there was no guarantee he’d show up here.  He had no job, no fixed address, and no friends.  Finding him was hit and miss.

Franko’s sixty-three-year-old mother was a heavy smoker and in the early stages of lung cancer.  Her basement was vacant.

“How long should we stay?” Bashir said.

“Clubbing, drinking, getting high and maybe picking up chicks.”

Fred Bashir was happily married with two teenage children.  He never drank and never liked taking even an aspirin, let alone any street drugs.  Plus, clubbing was out of the question.  The first time she rode in his car he kept playing Buddy Holly, Elvis and the Beach Boys.

Sam was glad Bashir was with her.  Franko was six-four, two hundred and forty pounds, and he knew how to use it to his advantage.  Bashir was well over six feet and hitting two hundred as well. With his background in mixed martial arts he could handle himself.

Sam felt the 9mm Glock holstered to her hip.  If Franko became too much trouble she wouldn’t hesitate using it. But she preferred not to.  So it was nice to have a partner backing her up.

“Will do,” she said, humouring him.

Three hours with no sign of Franko.  Soon they’d head home, but not before writing up the night’s report.  She hated them.  They took more time than the actual field work.

She fiddled with her cell phone when the lights came on from the second floor.

She stared at the window.

A shadow loomed on the wall.

A large figure moved past the window.

Before she could press a button, her cell phone vibrated.

“Hold on,” she said.  She pulled up the satellite map on her phone and entered the address.  “There’s a narrow path behind the house.  He must have come in through there.  You take the front and I’ll take the back.”

She started the Nissan and wheeled it from the main street.  The narrow path was just wide enough to squeeze one vehicle through.  It was dark but she didn’t dare turn the headlights on.  She counted and stopped on house number six.

She pulled out her gun and raced over the cement slabs leading to the backdoor.  The door was unlocked.

With the gun aimed she moved into the house.  She was in the kitchen.  She sniffed. It smelled of rotten eggs and burned meat.  The odour hung in the air.  The sink was stacked with plates, dishes, and Styrofoam containers.  Flies swirled around the mess.

When she turned into a hallway she saw him.

Franko was standing at the bottom of the stairs, a duffel bag slung over his shoulders and a backpack in his hand.

He hurled the backpack at her.  She twisted. It hit the wall behind with a thud.

Franko disappeared up the stairs.

She took each step slowly and carefully, the gun pointed ahead of her.

The hall was dark but at the end was the bedroom.  A large shadow was moving within.

She rushed forward and peered in.

Franko was halfway through the window.

Then something emerged on her right.  A woman with a metal cane raised above her head charged.

The woman swung the cane but Sam stepped aside.  The weight of the momentum caused her to fall. The cane flew out of her hands.

When Sam turned back to the bedroom, Franko was gone.

She heard a violent metal thump.

Bashir was in the hall.

He dashed back down the stairs.

Sam stuck her head through the window.

He had jumped from the second floor window, landing on the garbage container, and ran away.

Sam turned to the woman.

Franko’s mother was on the floor.  Tears flowed down her cheeks as she held her right shoulder.

From the way her body was twisted, the fall had broken her collar bone.