What is it about serial killers that we find so fascinating? Could it be that it is horrifying enough that someone would kill another human being, and then do it again, and again, and again? Could it also be that when they do commit these heinous crimes they get away with it—repeatedly?

This makes us question those who are bestowed with the responsibility to stop them: the police. Had they caught the killer the first time they wouldn’t become a serial…anything. The pressure is on them to solve the case quickly before there are any more innocent victims, which there almost always are.

The question that should be asked is why do writers of novels prefer serial killers? I can’t speak for every writer out there (that would be impossible) but I may have some answers.

In general, characters are difficult to create so if you have one character whom you can use to do those evil deeds over and over again then it makes your job that much easier. You can use his or her crimes to fill more pages (an entire novel, in fact).

Writing is an escape—an escape to become someone else. Now what would be more thrilling and utterly scary then to imagine yourself becoming a serial killer. To get into the mindset of someone who kills without remorse and does it so well, can be a challenge, but all writers (of fiction) know it is not real but something conjured up in the back of their minds. They know no real persons were harmed in the making of this book.

This knowledge allows them the freedom to transform into something vile, hideous and utterly despicable. They are able to tap into a dark part of their soul, one that should (and hopefully never does) become real.

There have been many serial killers: the Son of Sam, the Zodiac Killer, the Yorkshire Ripper, the Monster of Florence, and so on. Books have been written about them, and in some cases, with movies following after.

The most popular fictional serial killer would have to be Dr. Hannibal ‘the Cannibal’ Lecter by author Thomas Harris. Here is a meek doctor who not only kills but eats his victims as well. The character has been so popular that four books have been written (so far) with him in them, with subsequent movies made, of which The Silence of the Lambs went on to win several Academy Awards. 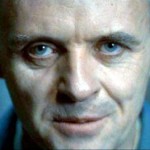 But not all serial killers are evil or just plain bad. Jeff Lindsay’s likeable serial killer Dexter Morgan is a blood splatter expert for the Miami Police Department, who happens to kill those who he deems have escaped justice. Yes, he is a psychopath but one with a moral code. The character has been in five books (and counting) and has been turned into a hugely popular television series. 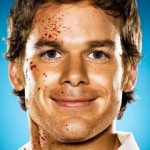